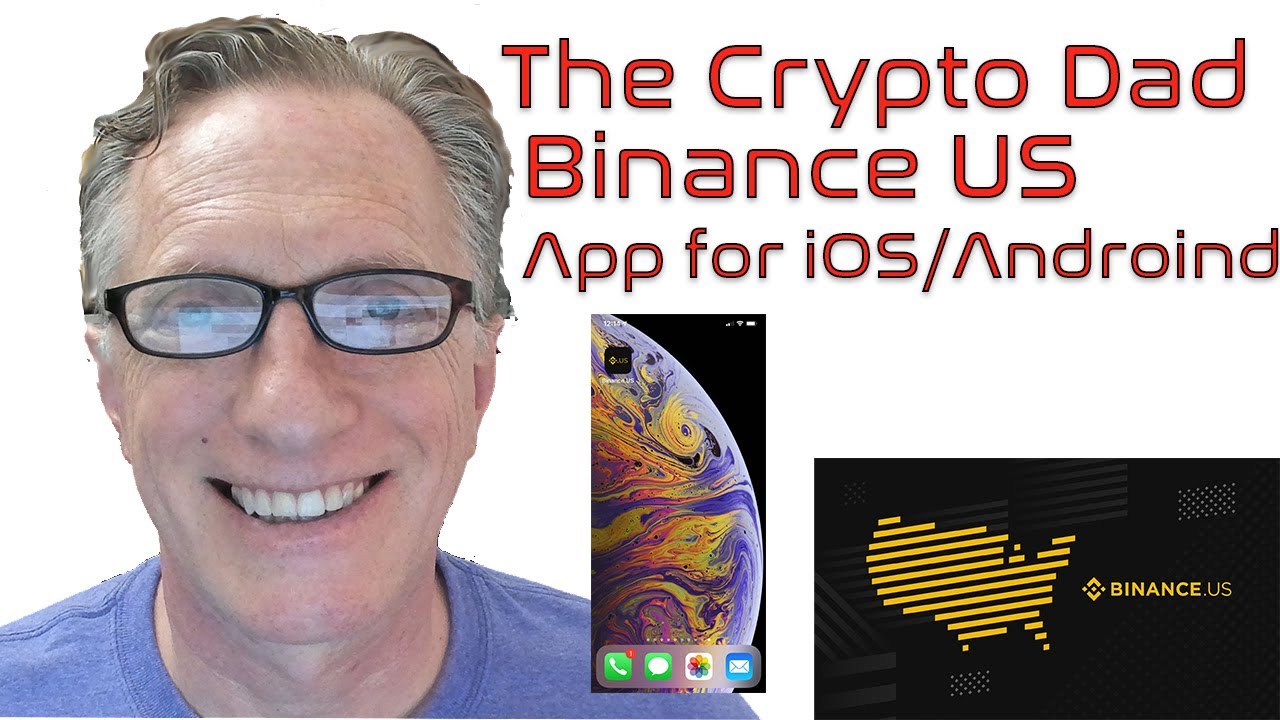 Binance US iOS based Trading App on the Apple App Store
https://apps.apple.com/us/app/binanceus/id1492670702?ls=1

Binance US Android based Trading App on the Google Play Store
https://play.google.com/store/apps/details?id=com.binance.us

💲 OPEN A CRYPTO.COM ACCOUNT 💲
Use my referral link https://platinum.crypto.com/r/cryptodad to sign up for Crypto.com and we both get $50 USD 🙂
Or use the code cryptodad when registering. Thanks!

💰Set up a Coinbase account here and get $10 Free bitcoin💰
https://www.coinbase.com/join/kneisl_5

What is Bitcoin?
Bitcoin is a new technology that functions as a digital currency. It is a peer-based, decentralized way to hold, store, send, and receive value. It does this by maintaining a cryptographic “ledger” called the Blockchain. All of the bitcoins in existence are created and stored on the Blockchain.
Bitcoin with a capital “B” refers to the technology itself. Bitcoin spelled with a little “b” refers to the tokens that hold the value and can be exchanged with others.
Multiple copies of the Blockchain exist on thousands if not millions of computers worldwide. Each copy of the Blockchain “verifies” itself by connecting to the Internet and making sure it has the most up-to-date list of transactions. The Blockchain maintains its integrity by using strong, modern, encryption techniques. This makes it impossible for anyone to alter the ledger, create fake transaction or “double-spend” their bitcoins.
Bitcoins do not require banks or third-party financial services to act as central clearing houses for electronic transfers. In essence, Bitcoin technology “cuts out the middleman”. Bitcoin is a decentralized, peer-to-peer monetary system that exists outside of the traditional, centralized, fiat-currency based financial system.
Is Bitcoin money?
Good question! The short answer is yes! But the long answer requires that we talk a little about what “money” is or what it should be.
Money is basically an idea. It is a system that we can all agree upon which allows us to exchange value, so we do not have to carry around cows or chickens with us to trade for the things we need.
An ideal money or “currency” should have the following properties:
Portable
Fungible (interchangeability)
Dividable
Durable
Cognizable (easily identified)
Stable
Does Bitcoin fit the bill?
Well it’s certainly portable. It is all digital. It weighs nothing (unlike gold which can be heavy and bulky in large amounts. For that matter, traditional paper currencies can also become heavy and bulky in large amounts!). It can be sent across the room or around the world with the same ease and comfort. You can carry it on a piece of paper, a laptop, or even your smart phone.
It is Fungible. Every bitcoin is like every other bitcoin (unlike shells, beads, and traditional precious metal coins which can be “shaved” or diluted in purity)
It is dividable. It is actually one of the most dividable currencies ever conceived! It is possible to spend small fractions of bitcoins and no need exists to make change. When was the last time you were able to spend 1/8 of a penny?
Bitcoin is durable. It is protected by strong encryption and the Blockchain exists in thousands if not millions of locations simultaneously. You would literally have to delete the blockchain from every computer and smart phone in the world to destroy a bitcoin.
Bitcoin is cognizable or easily recognized. It’s based on math. No one can dispute a number or deny that 1 + 1 =2. People are just beginning to understand what Bitcoin is. There is a bit of a learning curve. But once you are familiar with it, you will know it when you see it.
Is Bitcoin stable? Well the current value of a bitcoin has been quite volatile lately in relation to other traditional currencies. But the Bitcoin plan calls for the creation of only 21 million bitcoins. In this way, Bitcoin will try to avoid the pitfalls of modern fiat currencies such as inflation, deflation, market manipulation, monetary policy, quantitative easing, and other central manipulations that effect the day-to-day value of the money we use.