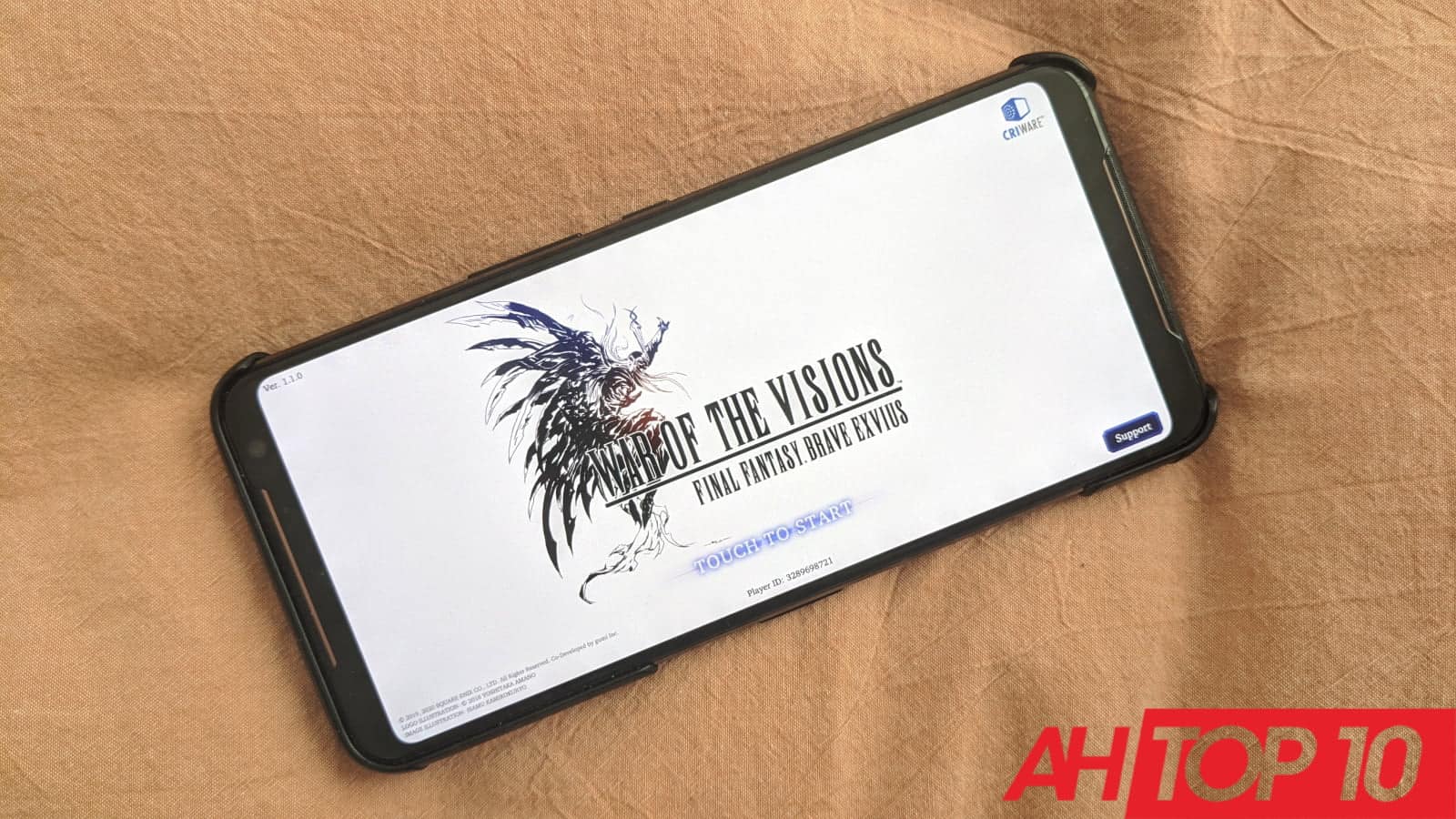 We know a lot more people have been spending time at home these days and gaming can be a great way to pass the extra time, so we’ve put together a new list of the best Android games for May. Though for many PC and console gaming will still be the go-to platforms of choice, mobile games have gotten so good these days that it’s hard to ignore them.

Not all mobile games are good though. And that’s just the nature of things when there are so many at your disposal. It’s a big reason why we’ve rounded up some of the best Android games and compiled them here in this list. To save you some time.

Below is a summary table of which games are on this list. If you’re short on time and simply want to see which games we picked, you can view them all directly from the table included here.

If you want to read a little more about each of our picks, as well as check out the associated game trailers, you can view the actual longer list below the summary table.

GWENT finally launched on Android a little bit earlier this year and brings some of the game’s most popular elements to mobile users.

GWENT of course is a game that was first introduced in The Witcher 3, as a mini-game you could play against opponents in taverns. Now CD Projekt Red has turned it into a fully-fledged card game that you can play against other players.

It isn’t exactly like the version of GWENT in The Witcher 3, but it carries plenty of the same characteristics. If you’re a fan of The Witcher series and TCG games, don’t miss out on GWENT because it’s one of the best in a long while.

Though the gameplay is fun and easy to learn, the graphics and visual effects are another wonderful part about this game. And it’s part of why GWENT was one of our picks for the best Android games list this month.

According to the game’s developers gameplay has only been slightly changed. Things that may have required the player to rely on audio cues to make a certain move in-game are now visual. Other than that though, the experience is unchanged.

This means anyone who has played Dead by Daylight before in its original form can expect to enjoy the game without compromise.

There’s even some cool new features to help the game run smoothly. For example, if a player gets disconnected due to a bad internet connection, a bot will take over for them and continue playing as their character until the player can get back into the match.

Dead by Daylight Mobile is one of the best Android games out right now, and it’s a new offering, having only launched in mid-April.

Dirt Bike Unchained is everything you’d want it to be in a mobile game about the sport of motocross.

It has easy controls, excellent graphics, engaging gameplay, and a fair amount of replay value. The game is also free and so far in-game purchases don’t seem to be very aggressive which is always a good thing.

In this game you start out as a lowly rider trying to break into the scene. You’ll have to work your way up the chain by racing others, and in doing so can unlock new bikes, new character customization gear, and earn cash for upgrades.

As you progress the races will get harder too so you’ll definitely want to upgrade what you can when you can.

This is a point and click adventure game that has you scouring Kowloon Walled City in search of answers.

Explore the densely populated city and talk to just about everyone to see what mysteries they hold. Solve numerous challenging puzzles before you can progress to further parts of the game, and appreciate the complexity of the game’s design with artfully crafted elements that bring the city to life.

If you loved games like Machinarium, then you will probably love this game too. There’s a lot to see and even more to uncover, so you should have hours of gameplay at your fingertips with Mr. Pumpkin 2: Walls of Kowloon.

This delightful little game is well worth the $2 it costs to buy it, and is more than deserving of being one our best android games list this month.

Fortnite is popular enough that it probably doesn’t need much of an introduction. It’s a battle royale game that spans mobile, PC, and consoles and allow all players to play together regardless of their chosen platform.

That’s one of the beauties of this game. The cross-platform play. The even better part is that you can now download the Android version straight from Google Play.

Which means you don’t have to do that silly workaround of grabbing the Epic Games launcher APK from the Fortnite Mobile website just to install it.

If you haven’t checked out Fortnite yet, give it a try and see if it strikes your fancy. It’s a pretty decent game when it comes to quality and it has a lot to offer.

Between the second chapter of the game and unique experiences like the virtual Travis Scott concert that took place recently, you will almost always likely find something in this game that can keep you entertained.

GRIS is equal parts emotional and visually striking. And it’s these two things together with the lack of any vocal context that really makes this an amazing game.

There’s more to it than that of course. GRIS features excellent music to help really lift the overall mood of the game. And it plays rather harmoniously with the gameplay and visual storytelling.

GRIS also features platforming elements and puzzles that aren’t too difficult. In fact they have just the right amount of difficulty to keep you interested but not enough to induce frustration or push away the player.

This is also a paid game with no ads or micro transactions. So it’s a one-time buy and you can enjoy it as much as you want without having to spend another dime.

War Of The Visions

War Of The Visions is the latest mobile Final Fantasy game to hit Android. It’s part of the same universe as Final Fantasy Brave Exvius, but it features an all-new story that isn’t tied to the original FFBE.

What makes this such an interesting game is the graphical style and gameplay. It’s a tactical RPG much like Final Fantasy Tactics, and it even has the same design.

Which allowed players to pick up characters specific to that MMO entry in the franchise. War of The Visions features everything from hours of gameplay to really fantastic voice over work. Definitely give it a shot.

If you ever played Journey from thatgamecompany inc, check out Sky: Children of Light. It’s developed by the same game studio and it more or less looks like a mobile version of Journey.

It is of course it’s own game. While it looks like Journey and sort of plays like Journey, it’s not Journey. It has an original story and its own gameplay elements to fall in love with.

Just like Journey though, there won’t be much text dialogue or any vocal dialogue. Most of the game’s story is told through visual and audio. And that’s part of what makes the game so magical.

Sky will be an evolving game that will have more content added to it over time. That gives it some more value and even if you happen to beat it faster than you’d have liked, you can come back to it later once more content is added in future updates.

Legends of Runeterra is one of the few new games that Riot was looking to bring to its fans. Moving away from the massively popular League of Legends MOBA game for PC.

Legends of Runeterra officially launched on April 30 and is a trading card game. It’s similar to games like GWENT (which is also on this list), and Hearthstone.

It pits you against other players in PvP card battles where you duke it out for supremacy on the game board using your best deck. Cards are based on characters and abilities from the League of Legends universe, too, so LoL players may find themselves becoming familiar with Legends of Runeterra faster than they anticipate.

You can play the game solo, against friends, or random opponents online. But there is certainly a level of strategy to the game you will need to become accustomed to. If you thrive on games that require you to think tactically in order to win, this shouldn’t dissapopint.

Call of Duty Mobile is without a doubt the best FPS game on Android. It is without equal and it just keeps getting better.

Recently the game just launched into its sixth season, called Once Upon A Time in Rust. The new season ushers in a host of new weapon skins, new soldiers, and of course new maps and game modes.

There’s a new battle pass too. Which allows you to unlock some of the new stuff you can acquire.

Gameplay in Call of Duty Mobile is and has always been fast-paced, chaotic, and devilishly satisfying when you see your plays on the kill cam at the end of the match. Activision is also holding qualifiers for the Call of Duty Mobile World Championship right now and for the next few weeks.

If there was ever a time to give the game a try, this is it. Dive in there and start scoring those wins.