The Motorola Moto G8 is a consistently good mid-range smartphone 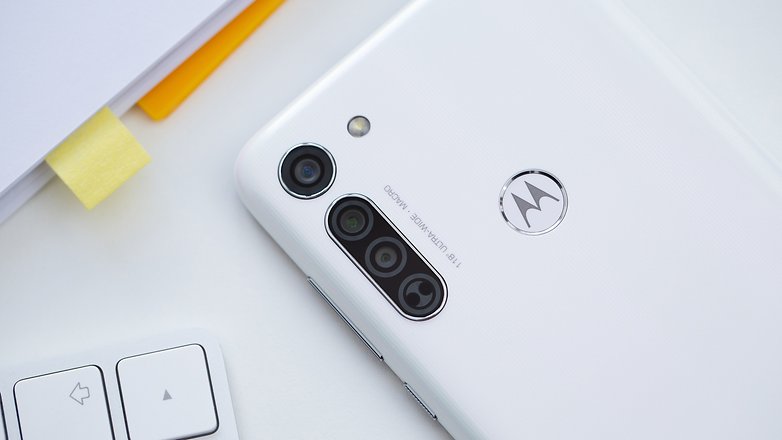 Not the G8 Plus, nor the G8 Power and also not the G8 Power Lite: just the plain old Moto G8. Motorola has made the most out of this brand line extensively in the course of its eight-year history, but at the end of it, there is still one true, core product. And that finally surfaces again by ruling the mid-range smartphone roost in the form of the Moto G8.

It was only at the end of my week-long review of the Motorola Moto G8 that I looked up the price of this smartphone. I tend to do that in order to approach the device with as little bias as possible for my reviews. In Europe, Motorola has stuck a €199 ($220) sticker price tag for the Moto G8. At that price point, you get a whole lot of bang for your hard-earned buck. It must be noted that the mid-range smartphone market is extremely competitive, where you will have plenty of great alternatives within a similar price band.

The Moto G8 will ship with a SIM tray ejector tool, a silicone case, a USB-C charging cable, and a 10W charger right out of the box. While the handset sports a 3.5 mm headphone jack, it is a little bit disappointing that Motorola did not squeeze in a pair of earphones.

At the moment, I am using the Huawei Nova 5T as my daily driver. Hence, I was extremely surprised when I noticed that the Moto G8 came with virtually the same design.

Moto G7 connoisseurs will notice
right away that the cameras have been relocated from a centrally located circle to an elongated glass mount at the upper left corner. The fingerprint scanner is now right smack in the middle at the back, accompanied by the Motorola logo.

I used the transparent silicone protective cover that came with the Moto G8 throughout the entire review duration. Unfortunately, it hides the pretty plastic back of the Moto G8. It is great to note that the power button and volume rocker perform well without the protective cover interfering with its operations.

The Moto G8’s display is protected by an unspecified glass. It has an oleophobic coating and provides a pleasant gliding feeling when swiping. Measuring 6.4-inches in height, it has certainly grown over the years. For the fun of it, I’ll briefly show you how this size increase has progressed historically.

The fact that the Moto G8 still doesn’t feel too big in most situations can be partly attributed to the new gesture controls in Android 10.

The case is protected against water splashes, but not against immersion. A slight drizzle would probably not faze the Moto G8, but you certainly would not want to bring this on your water-skiing trips as there is no IP certification, unlike its initial models.

The 6.4-inch display sports a resolution of 720 x 1,560 pixels or 268 PPI. That looks pretty low on paper, but in reality, it will not bother you unless you have an

ultra-high resolution retina or view
the display from less than 30 centimeters away. At that distance, the resolution of the IPS panel will actually be rather noticeable.

For the selfie camera, Motorola opted for a punch hole in the Moto G8’s display right smack in the upper left corner. It remains visible if you are enjoying videos or playing games in full-screen format. However, if you decide to stick to a 16:9 aspect ratio, then the punch hole will fade away into one of the black bars.

In terms of brightness and colors, I lack the measuring instruments for objective judgment. To my naked eyes, the display was decent enough for me in terms of brightness and color accuracy. It does not get too bright at night and remains bright enough during the day. The brightness sensor works fast enough. There is also a dark mode (dark background apps with white fonts) as well as a night mode (blue filter) to make things easier on your eyes in low-light conditions.

During
my review of the Moto G8 in May, it was running on a nearly stock Android 10 with the March 2020 patch. Even if it looked like it, it is not Android One. Hence, Motorola has some breathing room without having to stick to the software update guarantee.

On the other hand, Motorola has the freedom to modify and tweak its software and implement numerous customized user interface changes. Take the double swipe on the Moto G8 for instance: doing so will turn the LED flash on, which is useful during an emergency situation.

Apart from Facebook arriving pre-installed, there is no such thing as bloatware in the Moto G8. Only Google’s apps are pre-installed to a slightly broader extent than absolutely necessary. Facebook and many of the Google apps such as Google Sheets can be uninstalled without any issues.

There is ample storage space to begin with though. Even after a week of using the Moto G8 as my primary device, there was still more than half of the internal memory available. Since you can store photos and videos for free without any storage limit on Google Photos, the 64 GB of storage space ought to be adequate for a mid-range handset. Should that not be enough, then you can always augment the available storage space by using a speedy microSD memory card in order to store your apps and data.

The Motorola G8 is powered by a

While the chipset is suitable for games, the Motorola Moto G8 isn’t going to win any accolades primarily due to its relatively low display resolution. With Xiaomi, you will be able to enjoy a far faster UFS 2.1 flash memory and Wi-Fi 5 (also called IEEE 802.11ac) in the apparently similarly equipped Mi A3. LTE connectivity maxes out at 150 Mbit/s, although this plays a minor role in Germany.

Sound is fired
from a single loudspeaker located at the bottom right of the Moto G8. The volume can be turned up astonishingly loud and hence, allows you to enjoy doing other things simultaneously while listening to your favorite songs or carry out a conversation when preparing a meal in the kitchen. Dialogue-heavy YouTube videos, podcasts, or audiobooks can also be enjoyed without much effort, as the audio is clearly audible.

However, you do not have to rely on the speakers all the time since you can always opt to hook up your existing headset or old pair of headphones as the Moto G8 comes with the 3.5 mm audio jack. All sound for videos will be recorded in mono via the microphone at the upper end.

The volume, as well as the quality of the phone calls, is wonderful. Due to the lockdown, I was not able to test how good the noise filtering is when using the phone on the street.

I was especially pleased with the camera quality, especially with the range of camera functions.

You can choose between a wide-angle and an ultra wide-angle camera, where they can be easily selected via the
software’s “1X” or “0.5 x” buttons.

At the back, you will have the following lenses and sensors at your disposal (product page):

For video recording, the Moto G8 is capable of doing UHD at 30 fps and FHD at 60 fps. In ultra-wide-angle mode, there is only a maximum FHD at 30 fps, whereas in macro, you can only shoot in HD resolution at 30 fps.

When snapping still photos, the AI certainly helps as it will automatically detect the scene and apply live filters for image optimization. This works surprisingly well. In an urban sunset situation where there is a strong backlight, details remain perfectly visible even on dimly lit areas. The same scene using the ultra-wide-angle camera, on the other hand, looks muddled, noisy, and full of artifacts. Hence, I would strongly recommend that you use the latter camera only in good weather!

Videos are electronically stabilized, with the choice of shooting in slow motion and fast motion to boot. The latter will be stabilized post-shooting, but this is rather processor-intensive as it will take just about the same amount of time as the recording duration.

For selfies, you can use a beauty filter to make your portrait look better. Doing so will make pores disappear while lips tend to be more pink than usual. Should you decide to take photos in manual mode, you can also output them in RAW format as a DNG file in addition to JPG.

The battery life of the Moto G8 is great. Despite the rather mediocre 4,000 mAh battery rating, this smartphone lasted me for more than two days on a single charge. Fast charging is also possible, although many of my colleagues doubted it. The included 10W charger takes about two hours to fully charge the Moto G8 from empty.

With a QuickCharge 3.0 charger, I was able to reduce this duration by half an hour. The Moto G8 recognized the Qualcomm standard as Motorola’s “TurboPower”, and charged at about one percent per minute.

You won’t be able to compete with crazy, long-lasting competitors like the Samsung Galaxy M30s or the Motorola Moto G8 Power. However,

the Moto G8 itself is no slouch as it is capable of arriving at an outstanding battery life based on my personal feeling.

In addition, Motorola does not achieve good battery life via aggressive termination of apps running in the background. During the entire review, I always received notifications from Telegram, Hangouts, Threema, or eBay as they arrive. Other smartphone manufacturers, Huawei especially, always leave a less than desirable taste for me in this department.

The mid-range Moto G8 smartphone positively surprised me. Battery life and its camera performance made an excellent impression, and the performance certainly was on par with the price point. It is also comforting to note that bloatware is minimized, as only the necessary software has been pre-installed.

Unfortunately, Xiaomi has already released the Mi A3 in October 2019, and that proved to be a device that Motorola’s offering is unable to beat. The Mi A3 has slightly better performance, arrives in a more compact form factor, and in many other areas, boast of superior hardware specifications (and this on Android One!).

The Moto G8 is a good smartphone and worth every penny, but there are also several equally good alternatives out there. Brand loyalists would not be disappointed by it though.

Where to buy Moto G8 Plus