The best smartphone cameras you can buy in 2020 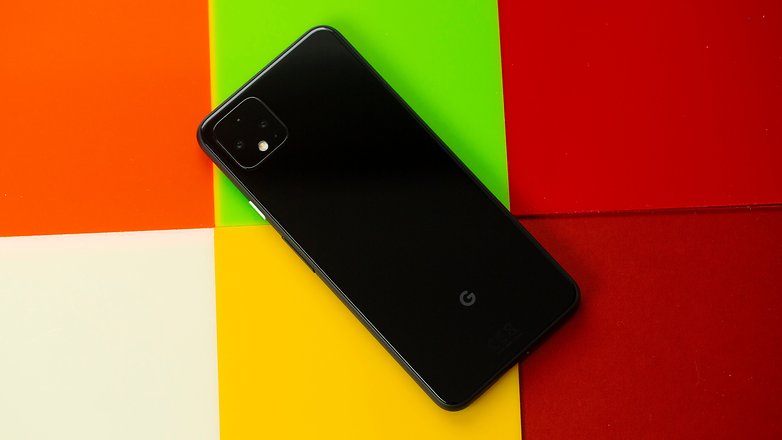 A picture is worth a thousand words, but how much in dollars? Choosing a phone is hard work. More often than not, the camera is one of the main deciding factors. After the presentation of several new smartphones with impressive cameras in 2020, we’ve created a new list to let you know which smartphone is taking the best snaps, no matter what you are looking for in a camera.

You can find more videos on current tech topics on our video page.

Camera-focused phones have almost become a category apart with the “P” range of Huawei or the Google Pixel phones, for example. But the flagships in general push more and more the limits of their photo module as did the latest Samsung Galaxy S20 Plus and Ultra. Between software prowess and hardware promises, the spec sheet does not always give you the full picture, though.

That’s why we’ve put together a selection of the best smartphone camera – both Phone or Android – to choose from in 2020. This list is non-exhaustive and based on models that we have reviewed only. It will be regularly updated as new products are released.

Pixels have always been known to be excellent photophones, at least since Pixel 3 and its excellent night mode. So in our comprehensive test of the Pixel 4 and the larger Pixel 4 XL, our expectations were high. And it didn’t fail, we were impressed by the camera from Google’s flagship despite its many other flaws.

Like its predecessor the Pixel 3, the photo spec sheet of the Pixel 4/XL does not make you dream. Google finally takes the technological step by now embedding two photosensors in the back. In comparison, its competitors often have three or even four.

Like the Huawei P30 Pro, the Pixel 4 is very good in low light thanks to the revised night mode. The smartphone also scores points for its rather unique dual-exposure function, allowing you to adjust contrast and brightness before shooting even in very difficult situations. And if you really need it, there’s also the astrophotography function.

“The best smartphone camera on the market.” If we took Apple’s word for it just a few years ago, the brand’s praise for its iPhone 11 Pro seemed much bolder when it was released last September. But, it must be said, Apple has seriously recovered its technological edge and more than made up for lost ground on its Android competitors.

Admittedly, the photo module with its trio of 12-megapixel sensors is not enough to compete with Samsung Galaxy S20 Ultra, on paper. But Apple has really made a breakthrough with its software processing. Following in the footsteps of Google and its Pixel 4 on the field of AI to sublimate its photos, the iPhone 11 Pro has managed to exceed the result predicted by its spec sheet.

The machine learning and the Deep Fusion technology provide overall good digital noise reduction while maintaining the natural, almost process-neutral tone that the iPhone has always offered. There’s no need to opt for the much more expensive iPhone 11 Pro Max when it comes with exactly the same photo module.

With the Pro model, you get a telephoto lens compared to the basic iPhone 11, for more versatility. It’s not the best camera phone on the market, but on iOS, there’s no better and we can only applaud Apple’s progress in this area.

On November 6, Chinese manufacturer Xiaomi launched its Mi Note 10 with its 108MP photosensor, the first of its kind, at a price of around €549 in Europe. A more-than-interesting price for a premium photophone compared to the prices charged by Apple or Samsung. The Mi Note 10 camera has nothing to be ashamed of compared to its more expensive competitors and stands out for its very natural color reproduction and high level of detail.

Our photo expert Stefan even tried to replace his good old DSLR with the Mi Note 10 during a trip to Indonesia, and while the Mi Note 10 is no substitute for a real camera, Stefan felt that “more than any other image sensor recently installed in a smartphone, this 108-megapixel sensor offers everything a normal user needs”.

With this price, it’s not the cheapest smartphone camera out there, but it’s definitely the best value for a premium photophone in 2020.

Mid-range smartphones are improving in many ways by reducing the distance to the top end. Xiaomi’s choice of four rear sensors makes the Redmi Note 8T a versatile smartphone that leaves room for creativity.

Although the shots obviously can’t compete with those offered by the industry’s top names, the Redmi Note 8T allows you to take good pictures in terms of detail, color representation, and contrast.

To take pictures at 48 megapixels, you must select the dedicated function. If you select the Photo option, you will take pictures at 12 megapixels. The wide-angle also does a good job when the light is bright enough. The lack of a telephoto lens is compensated by the 2x zoom available at the touch of a button.

This smartphone doesn’t work miracles, but simply does what it was designed and engineered to do: to deliver the most out of it at the lowest possible cost. And the promise is kept.

The Huawei P30 Pro continues to offer the best low-light photo performance. The enormous 10x zoom range and excellent low-light photos make this flagship the dream of every smartphone photographer. In our review of the P30 Pro, we proved that the triple camera is not just a gimmick or a selling point, but much more.

Four high-end rear photosensors work together to capture images, including a ToF camera for highly detailed depth information. Images are sharp and detailed, and you can choose from a variety of modes and play with light and focal length.

Overall, the camera and native application are extremely versatile. But the real highlight is the results obtained in low light conditions. Our blind test completely destroyed the P30. Huawei worked particularly hard to improve the low-light potential. The sensors are quite large at 1/2.5 inches and Huawei replaced the green parts of the Bayer matrix with yellow.

They’re supposed to let in 40 percent more light. In fact, the P30 Pro takes excellent pictures even in low-light conditions, even in situations where almost all smartphone cameras would only display black. You don’t really need the night mode, the automatic mode is quite sufficient.

Whether it’s a “60x” as in the Oppo Reno 10x Zoom or a “100x” as in the Samsung Galaxy S20 Ultra: the current zoom race for photo smartphones is a bit ridiculous. For the zoom, Samsung has made a choice against most of its competitors.

Where the market trend is to integrate a telephoto lens with a longer focal length, the Korean giant has opted for a 64-megapixel sensor with a 27 mm equivalent focal length similar to that of the main sensor (26 mm). It is thus a traditional wide-angle lens that zooms by cropping the image to simulate a 3x zoom.

But to be more concrete, when you zoom in, the telephoto lens captures only a quarter of the 64-megapixel image to make a 3x zoom, so you end up with the equivalent of a 16 megapixel (64/4=16) photo taken with an optical zoom.

You can find more videos on current tech topics on our video page.

As long as you don’t go beyond 3x magnification, the Samsung Galaxy S20 Plus’s false zoom is effective and maintains a good level of detail, but since the smartphone crops the basic image to offer magnification levels, you obviously lose detail from 10x magnification onwards. The famous “100x” zoom announced is thus nothing but a superfluous selling point.

With perhaps the most innovative camera setup up on our list here, the Asus ZenFone 6 reinvents the way we think about front and rear cameras. The way we’ve operated in this industry up until now is this: you get a more powerful rear camera for most of your shots, and a weaker camera for selfies and facial recognition. The ZenFone 6 throws that concept out of the window. With its rotating camera mechanism, the rear camera flips over and can be used for selfies. The only concern is the long-term life that flip mechanism, which we will only know in time, but this is an interest direction to take smartphone camera technology, that’s for sure.

What’s the best smartphone camera you’ve ever owned? What will be your next device? Leave a comment and let us know your thoughts.