Samsung’s top Bada phone has reached the third iteration – the S8600 Wave 3 maintains the slim, metal body tradition of its predecessors and goes back to SuperAMOLED (four whole inches of it). Bada OS itself has made the jump to a new major version and now offers an interface that holds its own even against high-end Androids. 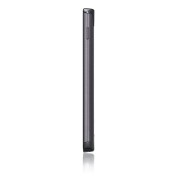 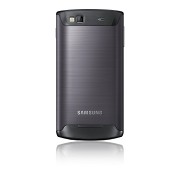 The screen felt instantly familiar when we picked up the Samsung Wave 3 – no surprise, since it’s the 4″ WVGA SuperAMOLED of the I9000 Galaxy S, one of our all-time favorites. It beats the smaller SAMOLED of the first one and the SC-LCD screen of the second one too – score one for Wave 3.

Tapping on the metal back of the Wave 3 also made us realize what the Galaxy S and S II missed out on – it’s possible to be both thin and all-metal.

The Samsung Wave 3 borrows more than the screen from the Galaxy S, here’s the spec overview:

The S8600 Wave 3 bets on proven specs and stylish looks – not a bad strategy, we think. As good as the I9000 Galaxy S was, it did lose points on being all-plastic.

The Wave 3 has solid multitasking chops and the Bada app store has been building up content. The 1.4GHz CPU will deliver top-notch performance if the Galaxy S Plus is any indication.

So, can the Samsung S8600 Wave 3 pull you away from the clutches of Android? Maybe if we stare at its hardware for a while we’ll get an answer – and if not, we’ll look at Bada OS 2.0 too. So, its off to the next page.