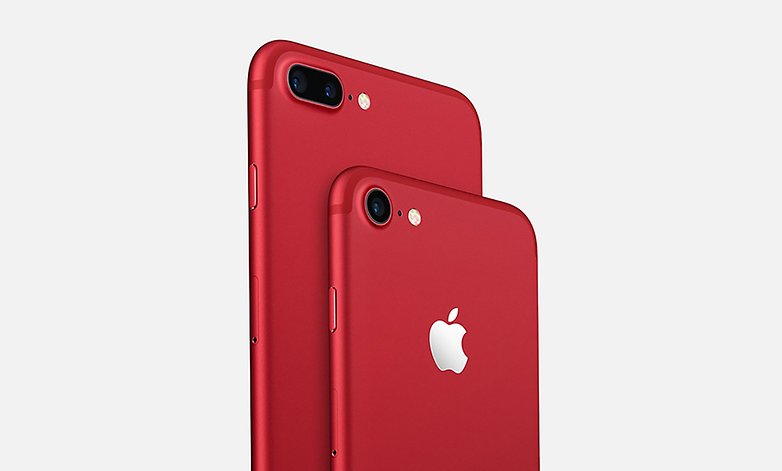 The iPhone 7 was introduced in 2016 and quickly made its way to the top of the sales charts, being one of the most popular iPhones ever released. However, if you are thinking about buying the iPhone 7 (Plus) today, it is best you enter with both eyes wide open. This handset is no longer sold by Apple officially. Hence, this opinion piece on what the iPhone 7 is capable of in 2020, and where can you pick one up for a good price.

The iPhone 7 and the larger-sized iPhone 7 Plus were introduced at the annual Apple keynote on September 7, 2016, by Tim Cook. The Plus model carries the distinction of being the first iPhone with a dual-camera and telephoto lens, enabling it to blur the background when taking portraits (also known as the bokeh effect). The iPhone 7 is also the first Apple handset to lose the traditional headphone jack. This was the reason why the EarPods came with a Lightning connector, although Apple did throw in a Lightning to 3.5mm headphone jack adapter for those who still want to use their traditional headphones with the iPhone 7 (Plus). When it comes to newer iPhone models, this particular adapter is no longer part of the included accessories.

Another new feature found on the iPhone 7 would be IP67 certification – which protects the device against dust and water (limited protection). For the very first time, you could let your iPhone could fall into the toilet or bathtub without having it drown. Another first would be the fact that the Home button is not mechanized, but is a digitized version that delivers haptic feedback at different levels of sensitivity. The iPhone 7 arrives in 32GB, 128GB or 256GB capacities, with the then-new glossy color variant jet black triggered a hype, although the fact that the paint wore itself out quickly saw demand for that color plummet almost as fast as the hype surrounding it arose.

Apart from the double camera located at the back, both iPhone 7 models have very marginal differences:

The iPhone 7 (Plus) shipped with Apple’s iOS 10 operating system, which included a redesigned lock screen – much to the displeasure of many Apple fans as this was the first time Apple eliminated the traditional unlocking method ( “Slide to unlock”). Since then, all iPhone models can be unlocked simply by pressing the Home button or swiping upwards on iPhones that feature the love-it-or-hate-it notched displays (iPhone X and newer). iOS 10 also saw the introduction of the Home app, with Siri opening itself up to work with third-party software, while the camera can be accessed quickly from the lock screen itself as you swipe to the left.

Meanwhile, the latest version, iOS 13, is available for the iPhone 7 and 7 Plus. The operating system has a number of new features, including the new “Log in with Apple” service, which happens to be an alternative login service to Google or Facebook. Apart from that, the long-awaited Dark Mode has now arrived on iPhones that have been updated to iOS 13. This can be set manually or automatically, based on the current time, where it will change the entire iOS interface to dark grey/black when required. There were five other minor updates that appeared on iOS 13 until May 2020, where among them include patched security holes, new features such as folder sharing on iCloud, new emojis, and the Exposure Notification API that supports contact tracing apps for use during the COVID 19 pandemic.

The iPhone 7 and iPhone 7 Plus will also receive Apple’s new operating system, iOS 14, as it rolls out in autumn later this year. Assuming Apple continues to maintain its update policy, both versions will also receive another major update to iOS 15 in 2021. System security and having the latest updates will be guaranteed thus for at least another two years, which is enough to make the iPhone 7 remain a very attractive device even when you pick it up in 2020.

Prices and availability of the iPhone 7 models vary. As Apple no longer sells the iPhone 7 via its official channels, prospective buyers will need to look at other alternatives. You must take note that when it comes to older or discontinued iPhone models, resellers tend to offer refurbished devices (generally second-hand handsets that have been overhauled) at a discount. These are iPhones that were used before or have been unboxed and returned for reasons only known to the owner. Online mail-order company Amazon labels these devices as “Amazon Renewed” complete with the assurance that they are “certified and refurbished” handsets. Amazon would like to provide additional peace of mind by throwing in a one-year Amazon Renewed Guarantee for such products.

Refurbished Apple iPhone 7: what to look out for

Note: A refurbished device should work like a new one, otherwise it is simply a used smartphone.

When choosing an iPhone, interested buyers should always ask themselves whether their usage would jive with the technical specifications of the device. If one were to look at the available software, there are marginal differences compared to newer iPhones despite running on the latest iOS version:

The iPhone XR will continue to carry Apple’s latest software for years to come. Disadvantage: the price remains stable (expensive). But even so, purchasing refurbished devices provides some wiggle room for you to save a lot of money while enjoying a manufacturer’s warranty. The iPhone XR costs between €500 ($551) and €650 ($717), depending on the color and storage capacity.

Alternative #2 to the iPhone 7: iPhone SE

The new iPhone SE from the year 2020 captured a lot of attention from the masses. Despite carrying outdated components, Apple still managed to cram in its latest A13 Bionic processor that is found on its current-generation flagship handsets. The camera that featured in the iPhone XR/iPhone 8 continues to do a good job in the iPhone SE. The main disadvantage? Relatively poor battery life. However, if you want an inexpensive, small iPhone with a Home button and the fastest processor, go for the iPhone SE 2020:

The iPhone SE is available from Apple at the following prices:

Attention: If you are thinking about getting a larger iPhone, you should take a closer look at its dimensions and weight:

Most definitely! It all depends on your personal preference. This iPhone from 2016 will not be able to handle the latest games as crisply as the iPhone XR or iPhone SE, for instance. Nevertheless, the built-in processor offers solid performance, especially when it comes to everyday tasks such as composing emails, writing messages, surfing the web, and snapping photos. Those who want nothing but the very best display on offer will be turned off due to the thick bezel and LCD technology. The iPhone 7 (Plus) also comes with some features that Apple continues to offer today in their newer models.

The iPhone 7 Plus model sports a telephoto lens with 2x optical zoom and bokeh effect. The Home button that was part of the iPhone SE has been digitized, reducing the possibility of it wearing out. The iPhone 7 is suitable for frugal iPhone users who want to switch from Android to iOS at a reasonable price point, or who are currently using an old iPhone SE or iPhone 6 and would like to make a small upgrade.